In response to various and very legitimate criticisms of my previous torrents, here is a revised v2 bundle of the audio with the Extra soundtrack files included as well. Album art, tagging, and everything has been included now. This is the soundtrack for Ping Pong: The Animation, ready for download. 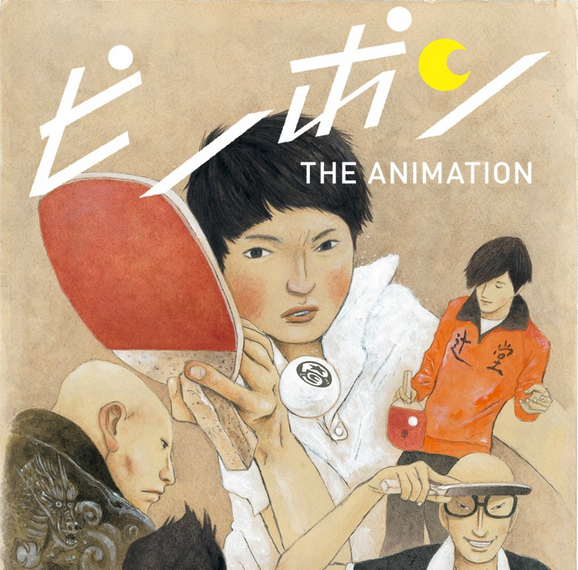 I made a full unboxing but haven’t finished editing it yet. In the meantime, here is a quick overview of #based Ping Pong packaging. 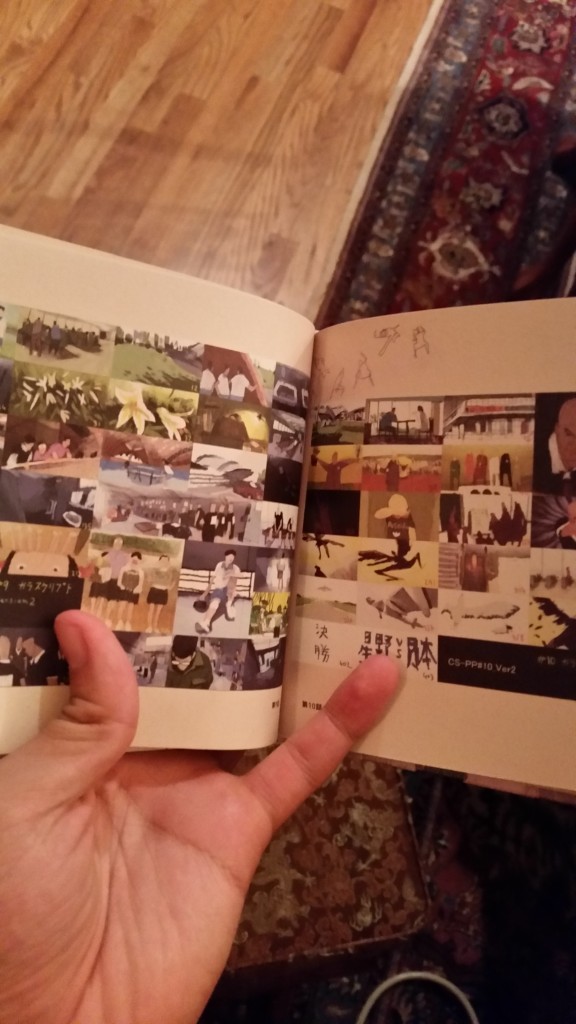 END_OF_DOCUMENT_TOKEN_TO_BE_REPLACED

UPDATE! Please check out version 2 of this torrent here: https://finewhiningandbreathing.wordpress.com/2014/08/28/ping-pong-the-animation-ost-v2-bundle/

The Ping Pong box set comes with an EXTRA ost, so here it is:

*Contributed by a kind user on /a/

UPDATE! Please check out version 2 of this torrent here: https://finewhiningandbreathing.wordpress.com/2014/08/28/ping-pong-the-animation-ost-v2-bundle/

My Ping Pong: The Animation box set just came in today, and I’m uploading all the files to youtube.

By the way, if you enjoyed Ping Pong, please feel free to look at my analysis of it. http://wp.me/p4y3Dh-4H 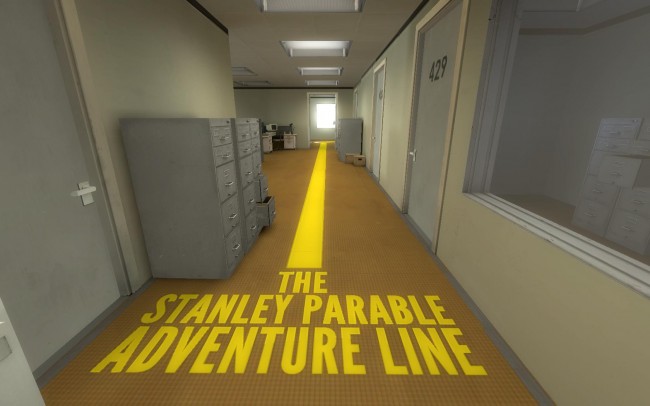 For a game that claims to be about free choice and determinism, The Stanley Parable sure fails on every account to engage in a meaningful philosophical dialogue. It makes me sad to see such a potentially compelling narrative medium wasted on a boring, pretentious, and unambitious storyline. The game is cute and a little funny, but that’s all it ever ends up being. It tries very hard to be deep and clever and philosophical, but the writing makes it pretty clear that the author hasn’t read a single hard book in his life. What good is “intellectual humor” written by a non-intellectual?

END_OF_DOCUMENT_TOKEN_TO_BE_REPLACED

Good news, friends: If you were one of those people who thought that “Gone Home” was an awful pile of indie game garbage, you are not alone. Despite what every brainwashed reviewer on IGN and Reddit will tell you, you are actually the ones with good taste. Congratulations! To the rest of you, I can only express my condolences. You have been misled, completely exploited for your money. 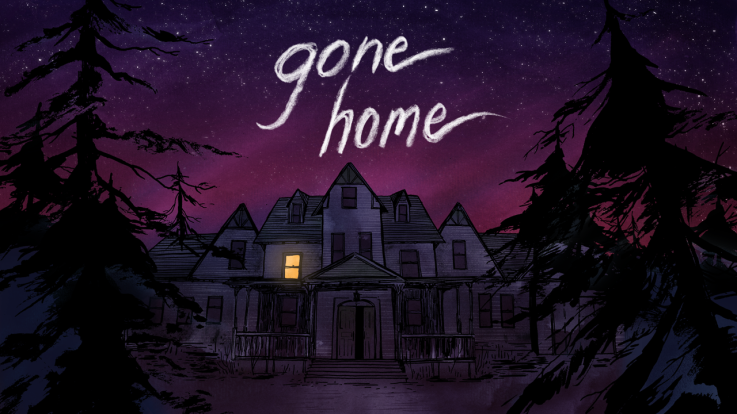 END_OF_DOCUMENT_TOKEN_TO_BE_REPLACED

You can try it for yourself: http://madokasucks.com. I also revised the blog post a bit to make it more readable. I doubt that very many people will be typing “Madoka Sucks” or “MadokaSucks.com” into their browser anytime soon, but maybe I can get a laugh out of this someday.

I also took a look at the existing results for “Madoka Sucks”, and they’re okay. Most of the search results are too generous with the show and are pretty poorly written. It sure feels good to be the best. 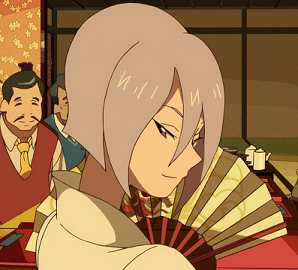 A friend of mine wrote a very interesting post about Ping Pong: the Animation. He has a good analysis, but I disagree with some of his points.

It’s true that Dragon and Smile never realized their enlightenment completely by themselves, but a large part of the anime is meant to illustrate that complete isolation and self-denial is foolish. Buddhism is famous for the idea of the Middle Way, something balanced between the extremes of pure materialism and pure asceticism. Gautama Buddha himself famously advocated against the self-starving, hermetic asceticism that characterized some South Asian philosophies.

Smile and Dragon both locked themselves up into tight corners. They did not go on a journey to the mountaintops to understand the universe. They instead chose to stay by themselves and never improve. It was not that case that Peco was “forcing” them to become enlightened; all Peco did was create the circumstances and environmental factors that would allow Smile and Dragon to become enlightened on their own.

For example, Dragon becomes enlightened when the Hero of Ping Pong shines a bright light into the dark bathroom stall. In this scene, the hero extends his arm but quickly pulls it back, forcing Dragon to grow wings on his own, NOT by holding the Hero’s hand. Similarly, Smile becomes enlightened when he jumps up to hit an impossibly high ping pong ball; although it is true that Peco was the one who caused the ball to fly that high, Smile himself was the one who shed his robotic armor to reach it.

But Buddhism is not so extreme as to advocate complete anti-materialism. Smile was so removed from the pleasures of human existence that he forgot what it means to live. That’s why Smile must be awakened at the end of the show by pushing his body to such an extreme physical limit that the red blood in his veins shakes off his metal armor.

The Daily Life of Autistic Cat

I know, I don’t have time for this: Ping Pong The Animation finished airing last season, and I need to start reviewing on animes that are about to air this week. But my fellow bloggers, who believe that Ping Pong The Animation is the best anime and claimed to be enlightened, insisted me and others to watch the show to become enlightened as well. (You can check their blogs by clicking the links at the right column of this blog homepage). We have had good amount of discussions, but I still do not think they are as enlightened as they claim. I do agree Ping Pong is a really good anime that you should all watch at least once in your lifetime, and probably the best anime in the recent years, but I feel that Ping Pong gives a false sense of enlightenment to the most people.  (The following review will…

I had almost completely forgotten my old days of anime-watching. As a child, I had been a pretty big fan of the Dragon Ball manga. And now that I think about it, it was because I had a fascination with personal training, superheroes, and metamorphosis.

Goku’s adventures were so vivid and wonderful, and I loved the scenes that depicted his adjusting to life a “normal person”, namely taking showers, wearing proper clothes, and talking to women. 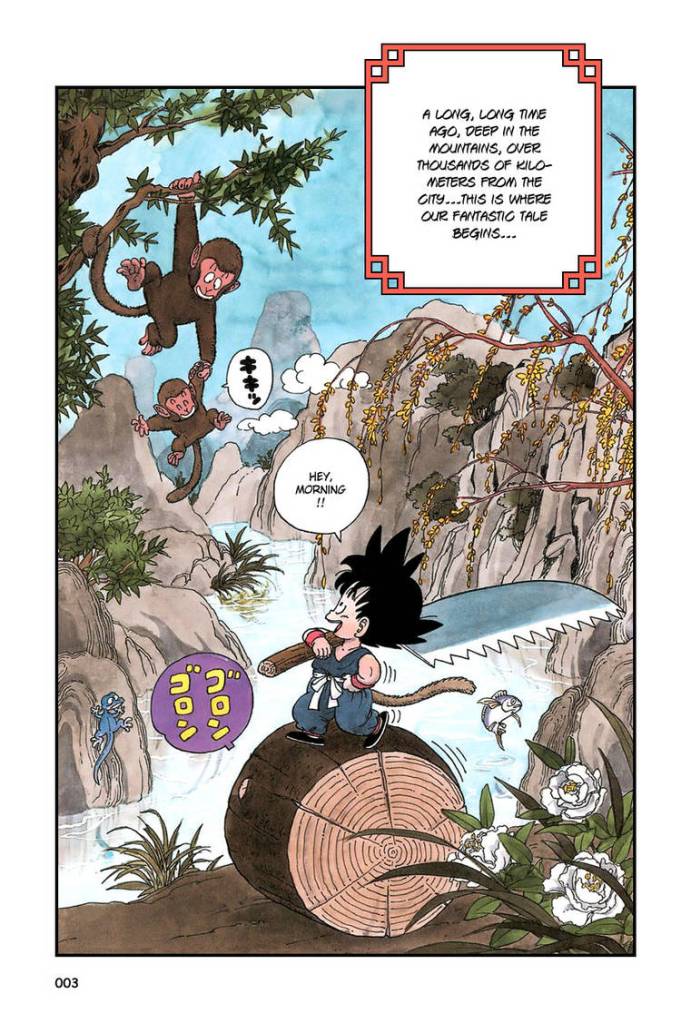